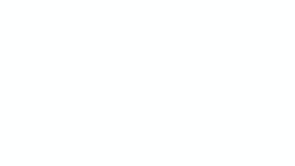 audio essay : press play to listen as you scroll, or read the essay to the right before scrolling

On The Nature of Holding and Being Held

When we’re born, we leave the safety of our mother’s bodies for the holding of hands. Doctors, nurses, midwives, doulas grab us by the head, the back, the ankles. We’re wrapped in cloth and held by our mothers, fathers, sisters, brothers, surrogates, fosters, strangers - for the first time.

Cribs hold us. Socks. Shoes. Hats atop our heads. We hold onto pinky fingers, ring fingers, segments of hair and begin to understand the outlines of ourselves in contrast to another.

Later, we learn the ground can hold us. We crawl. We stand. We learn to walk its surface. Carpet, grass, linoleum, tile, concrete.

Languages hold us. Mother tongue, father tongue expand our understanding of ourselves. We yell. We selectively mute.

We find confidence in balance and begin to experience how other objects hold us. Tricycles, bicycles support our seat from below. Helmets hold our heads tight.

Juice boxes. Cereal. We explore the boundaries of the bowl, spilling milk over its perimeter and onto the placemat beneath.

It becomes exhilarating to test the limits of holding everywhere.

When I was two I discovered that a pane of glass could only hold a certain amount of me until it broke and the glass and my skin intertwined. But then my family held me, concerned about the boundaries and limits of holding that I discovered.

As we reach adolescence our physical bodies are not only held by our families but by crushes, lovers - sometimes unsolicited and uninvited. We receive feedback about how the holding of another feels and what trust looks like from that container.

French kiss, cuddle, lap dance, hands through jeans holding other parts of the body now. We recalibrate to notice holding from this perspective.

We adjust. We open up. We close down.

We learn to hold the gaze of some longer than others.

The truck driver that stared at me and my sister in front of the 7/11. Marty, who rode his electric scooter to my house every day after middle school.

Institutions hold us. They privilege, they confine, they accelerate, and they detain - all the while holding our bodies within their walls.

We grow up and grow out. Our holding environment continues to expand in relational definition. We learn that passersby can hold us with their eyes alone. Glances from across the aisle, table, room.

Jobs hold us up and hold us back. We fidget and squirm against the way that they define us. Sometimes we flourish with the added definition.

And then eventually there was the way that he held me - at 3am on a ferry ride across the harbour in Havana. We landed at the dock, my hand steadying myself against the metal pole. As I loosened my grip, his hand enveloped mine - for a second in reality, but for an imprint in timelessness. And I had to know more about that type of holding.

His conversations blanketed mine. He suspended me in a sunset. His lap cradled my head as he sang me lullabies. The memory of his voice still holds me in the back of that Cuban taxi.

I needed to know how much more this newfound center could hold. I tried to demonstrate how brave I was by walking across the crumbling 7th story ledge of the 1970s Cuban hotel building. We built forts out of sheets and toppled over lounge chairs - structures that we could stay in - but not forever. My hands around him, his hands around me. But also the hands of others and the curiosity of their touch.

I followed him to the church that held me for five years. Adjusted the presentation of my container. I moved through pews of red, gathered in small groups, and submerged myself in the cold baptism pool.

Marriage held me until it didn’t. Until I emerged and needed another container.

Long after his physical holding ended, the memory of him lingered in fits of compulsive itching. My own hands a vehicle that tore my perimeter apart.

And I wondered: do all relationships occur when two beings overlap by the same constant? City. Job. Church. School. Favorite band. Dating app. Do we only meld by way of a physical holding container or perhaps, an amorphous, theoretical adhesive with no outline?

Regardless of its physicality or non-locality it holds us until it is outgrown, pushed against, or pushed away - like too much pressure on the pane of glass, too much milk in the bowl.

And with that we ease up, step back, and let go.

We slip away. Slide off beds. Decline invitations for touch. We cancel plans and avoid conversation. Put up walls. Create new perimeters.

Falling became my new holding. My own arms wrapped around my torso now. The French country roads that carried the miles I ran across it. To my childhood bedroom. To my friend’s bed. To my ex-boyfriend’s couch. To the embrace of a 10 year-old who made me consider motherhood for the first time, the way she held me in an air-conditioned minivan, like she needed proof.

Then, the pandemic held us all in collective exasperation, often alone. Suspended in fear. United in solitude. An omnipresent threat barring the safest of contacts: the linking of elbows, an arm atop another’s shoulder or across the small of someone’s back - rubber gloves, the new hand holding replacement.

This collective connective sobriety demonstrated that I exist in absence now - defined by what and where I am not.

And yet, negative space holds something too. For this brief moment in my numbered days - I am.

Is there a way to shake off all containers without completely losing ourselves? To sustain the knowing of oneself before the self was defined? Or have we no other choice but to embrace the constriction and apply tension as torque that propels us forward - even if into unrecognizable shapes?

The nature of holding is both physical and invisible. Known and unknown. Felt and imagined. The way I fold up perfectly into another as well as how I am still held in their absence.

What is constraint if not primarily a holding of the mind?

One day I will hold the hands of those who first held me. I will hold their heads up as they drink juice through straws, will help them out of cars and into beds, will pull their pants down and their pyjamas up.

This transference of holding is inevitable, natural, cyclical.

I will hold and be held in the arms of my loves. I will fall into friendships. Lean into and out of jobs. A new set of constraints to pour myself into or push myself up against.

I will build a home where the floorboards hold me and mine as we dance drunkenly across their surface. Held in rhythm and time. The scent of Jasmine on my wrist will carry me back to that Portugese farm - to the vineyards that held me as I imagined leaving containers I have long outgrown.

I will hold life in my belly or adopt it from another. My pinky finger, ring finger, segments of hair will be held onto as I cradle a child between my arms. I will hold onto diapers, car seats, shoes, pick glass out of skin and catch tears from eyes.

I will hold my breath when they leave home for the first time.

I will be held by gravity until eventually, I disappear.

This yearlong inquiry into holding has shown me that what holds us we also hold. How to transcend or embrace these limits? How to see those as one in the same?

I see you held there. I see myself held here.

"I never forgot the parts of us that were special"

Divorce, like marriage, is an initiation. To my circle

of support, those pictured and those absent, thank

you. Your love enabled me to welcome grief with

Made in residence with the Programme International